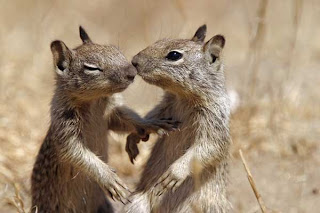 ng ground squirrels by providing them with free birth control, subject to Santa Monica residency requirements, Mr. P. Lamont Ewell presiding!
In an unprecedented display of poor judgement, even for Santa Monica "standards", the City of Santa Monica does it again.

Here we were griping about healthcare-impotent Los Angeles BOS, while the public health masterminds in Santa Monica have come up with a plan to administer inmmuno-birth control to ground squirrel population of Santa Monica at a cost of up to $10.00 per squirrel.

I called the City of Santa Monica today to get a guesstimate of ground squirrels in the city limits and was refused a coherent or substantive answer.

Santa Monica "leadership", probably does not know the exact number of infectious diseases that were transmitted from squirrels to humans over the past 10 years, outcomes and costs of such alleged transmissions?

City of Santa Monica is not interested in protecting its residents and hundreds of thousands of visitors to the city from Hepatitis A in restaurants, farmers' markets, catering companies, bars, wholesale and retail markets.

Instead of pursuing an imaginary zoonatic threat, they could have considered handing $10.00 to each homeless person in Santa Monica in exchange for a pledge not to urinate on the Promenade!

We gripe, you decide, if you want to eat in Santa Monica.