"To Protect and to Serve your gut biome"

The human gut microbiome and its role in both health and disease has been the subject of extensive research, establishing its involvement in human metabolism, nutrition, physiology, and immune function. Imbalance of the normal gut microbiota have been linked with gastrointestinal conditions such as inflammatory bowel disease (IBD) and irritable bowel syndrome (IBS), and wider systemic manifestations of disease such as obesity, type 2 diabetes, and atopy. 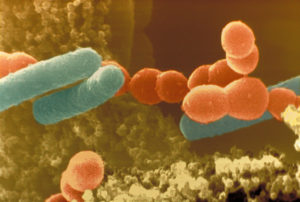 The relationship between the gut flora and humans is not merely one of peaceful coexistence but rather a symbiotic relationship. Some gut bacteria ferment dietary fiber (prebiotics) and produce short-chain fatty acids which are absorbed by the host, others synthesize vitamins and acids while others produce hormone like compounds.


It is up to an individual health consumer to protect, maintain and/or restore ones individual biome to prevent many challenging, and frequently debilitating, diseases. It is increasingly recognized that restoration of a healthy gut microbiota is necessary to achieve “gut health”.
A recent study from McGill University Health Centre (https://medicalxpress.com/archive/20-06-2019/)  ( has proven that gut bacteria are associated with chronic pain.

For example, Fibromyalgia affects 2-4 percent of the population and has no known cure. Symptoms include fatigue, impaired sleep and cognitive difficulties, but the disease is most clearly characterized by widespread chronic pain. Because the disease involves a cluster of symptoms, and not simply pain, the next step in the research will be to investigate whether there are similar changes in the gut microbiome in other conditions involving chronic pain, such as lower back pain, headaches and neuropathic pains. 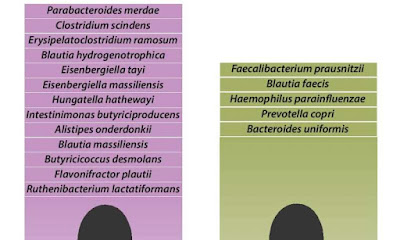 
In a real world most of us do not consume diverse range of foods, lack of prebiotics in the diet, are under stress, some consume alcohol, widely use of antibiotics, smoke, of don’t get enough sleep.


Unfortunately, the very same vitamins, nutritional supplements that consumers take by mouth to correct such deficiencies cannot be properly absorbed because of the unhealthy gut biome. Further, different vitamins and supplements taken by mouth may further contribute to an unhealthy gut and markedly reduced absorption this creating a vicious cycle if poor absorption.


This is also the case with health fads, such as apple cider vinegar (ASV) that does not actually cause weight loss, its value as a probiotic is questionable, and ACV doesn't "detoxify" you. It hasn't been proven to control high blood pressure, but it can cause nausea in some people and it does not interact well with certain medications.( insulin or diuretics)
While there hasn't been enough good research on ACV to determine whether it has other health-related uses one thing is certain—it increases the acidity in the gut further stymieing the absorption of vitamins and other nutrients.

Some companies like Rebiotix Inc. are in a clinical stage trials to revolutionize the treatment of debilitating diseases by harnessing the power of the human microbiome (microbiota-based, specifically fecal-based drugs) and some like Breathable Foods suggested inhaled vitamins(“microbiota-based drugs)--unfortunately these products have not yet been proven to be safe and effective.

So how does one take vitamins if one either has swallowing difficulties, strong gag reflex, dieting, bariatric procedures, intestinal diseases causing major absorption problems, and/or a superimposed unhealthy gut biome?

It appears that the simplest, most effective, most economical, and the least intrusive way to deliver vitamins and other supplements, at least for now, is through the skin by using thetopical patches.