The War Against Doctors

Imagine completing college, then 4 years of graduate school and finally working as a trainee for three to ten years while earning 3-4 times the Federal Poverty level. Then you are permitted to work on your own and go into business, but are unable to set the rates that you will charge your customers.

You are required by the federal and state government to pay for the privilege of working, and have to comply with intrusive regulations making it more costly to conduct business with no ability to pass these costs along to your customers.

You have almost a 100% chance of being sued during your career and in many cases cannot get insurance to protect you. Your job requires 60-80 hours per week and weekends and nights no longer belong to you.

Your business is being threatened by individuals who have not gone down your path and want to get into your business “through the back door”, because they believe that they can do an equivalent job without all of the sacrifice that you have made. And they are getting this opportunity. 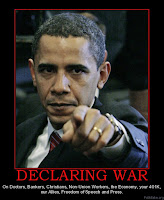 This is the reality for US physicians.
SD is a plastic surgeon who needed to leave her state and move across the country because it became impossible to meet overhead and to earn a salary. MB is a urologist in the southeast who could not afford her overhead because insurance companies slashed her reimbursements, so she had to move into an 1100 square foot office. RA is a surgeon in the north who faces the possibility of losing his entire referral base which the local hospital now controls, unless he cooperates with them. JS, an ophthalmologist and her husband, a surgeon, could not make ends meet in California because insurance reimbursement is so low and had to leave to provide for their family of 4.

At a time when it is trendy to invoke the term “war” against various groups, such as the contrived, GOP “war against women” or “war against seniors”, it may appear trite to say that there is a war against doctors; but there is.

This has been going on for decades and cannot be blamed on President Obama or the Affordable Care Act (ACA), but sadly, both have facilitated an escalation of this war.

One might ask- is there a war against doctors? The simple answer is yes and it is all about money and control. There is no healthcare without doctors, who happen to be at the center of the myriad of healthcare events under their daily control. Healthcare is a $2.3 Trillion annual economy accounting for approximately 16% of our gross domestic product. There is tremendous incentive to control doctors and hence, the flow of huge dollars. Entities have unsuccessfully tried to do so in the past. Insurance companies in the 1980s tried doing so using capitated HMOs. Publicly traded Wall St. firms in the 1990s made a futile attempt to buy medical practices to squeeze out profits by controlling physician behavior.

The lessons of the past were not lost on the architects of the ACA, but it required a group assault on physicians, coming at them from different directions. The cabal of the hospital and the insurance industries, along with the federal government posed an almost insurmountable challenge. In exchange for the support of the American Hospital Association, the federal government gave hospitals a tremendous advantage, by outlawing physicians from opening their own hospitals, which would naturally compete against existing hospitals. Furthermore, the ACA promotes Accountable Care Organizations as a preferred reimbursement model for healthcare. This arrangement is like capitated HMOs, but on steroids. The third party payer issues a single payment for a hospitalization and leaves it to the ACO to divide the payment fairly (not likely).

In anticipation of this change in reimbursement, hospitals are purchasing physician practices in an attempt to control healthcare market share. The likely outcome will be fewer doctors who are self-employed, as reported in the Wall St. Journal, and ultimately, the demise of the private practice of medicine.

The war against physicians is being waged on many fronts. Trial attorneys are fighting to preserve the status quo of the medical malpractice system, where they are the primary beneficiaries. It is coming from non-physician healthcare providers such as nurse practitioners or optometrists. They hire aggressive political lobbyists and spread around hundreds of millions of dollars to influence politicians who then create laws that confer physician status upon these allied healthcare professionals.

Public awareness of this war on their doctors is essential in order to understand the antipathy of doctors for Obamacare, and the concern that they have regarding the future of medicine in the US. It warrants a strong public outcry because when the doctors no longer work for their patients, but instead for some other entity, then heaven help our patients.
Posted by Dr.Dorodny at 11:57