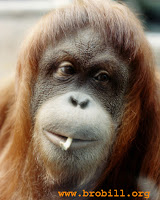 According to the results of a national survey conducted in 2006 roughly 1 in 5 adults in the US smoke cigarettes, a figure that has not changed much since 2004.

The new findings, which appeared in the November 9th issue of the Morbidity and Mortality Weekly Report, were released in advance of Great American Smokeout, to be held this year on November 15.

About 80% of current users reported smoking every day. Roughly 44% of current smokers had made an attempt to quit smoking in previous year and had stopped for more than 1 day.

This lack of decline in cigarette smoking is accompanied by simultaneous (and growing-400 so far) proliferation of hookah bars/clubs as a "safer" social (group activity) alternative.

Smoking cessation methodology probably failed due to the fact that most laboratory studies are conducted on non-humans. Dr. Edythe London, a leading researcher at UCLA, recently admitted in her Op-Ed article in LA Times that animal tobacco dependency model is completely different from that of humans.

Even Dr.London might concede that animals (primates) in the wild can rarely be found in hookah bars surrounded by the rest of the pack equipped with laptops.

In a recent (November 7, 2007) article in the LA Times by Animal Liberation Front (ALF) spokeswoman Lindy Greene claims that “data from one species cannot be extrapolated to another with more than 5% to 25% accuracy”

With 30% being within the acceptable margin of error for any study, Dr. London’s “esteemed” animal research is nothing more than a very expensive (for taxpayers and consumers) guesstimating.

Animal researchers, driven by quest for publishable data and financial well-being, solely dependent on grants from corrupt manufacturers, might do better by just flipping a coin--50% success rate.

Further, the study claims that smoking prevalence differed by gender and race: 23.9% of men vs. 18.0% of women smoked and 10.4% of Asians vs. 21.9% of whites were smokers. In addition, smoking prevalence fell as educational level rose and increased with poverty.

Studies at the National Institute of Environmental Health Sciences demonstrated that despite African-American children's having a lower exposure to tobacco compared to whites, they have higher levels of serum nicotine than white children.

Further studies are needed to determine whether there are racial differences in the metabolism of other tobacco-related toxins and to assess the efficacy of interventions to reduce ETS exposure among all children.

Race is not a definitive biologic construct, but rather an imprecise arbitrary categorization that is a proxy for multifaceted cross-connected environmental, cultural, socioeconomic, and biologic variables almost insurmountable in its complexity.

I dare Dr. London & Co. to account for all of the critical variables and to publicly admit that animal research can be only approximated, at best, to humans--a far cry from human-relevant data!?

The absurdity of continued animal research is propagated by unscrupulous pharmaceutical manufacturers, their “pet” scientists and the FDA despite the multiple thousands of consumer injuries and deaths every year from adverse reactions to drugs tested "safe" in animals (VIOXX any one?) and, conversely, causes potentially beneficial drugs tested "unsafe" to be discarded.

ALF’s methodology of protecting “creatures that society would arbitrarily place outside the circle of moral compassion and beyond the reach of effective defense” fails to properly use science to educate general public through mass media.

I firmly believe that only a strong outcry form educated public coupled with public refusal to buy products implicated in animal testing/abuse can make a tangible difference for the animals.