Where do I stand on the issues of animal research.

I am a relatively new, at least publicly, opponent of animal research.

First, and foremost, I unconditionally condemn violence in any shape or form against individuals, organizations and/or their property. Further, I believe that attacks on researchers and their institution by some radical groups seriously undermines their own credibility as well as the legitimacy of mainstream organizations.

Hence, I am not and will never be associated with any individuals, groups and/or organizations that either commit, promote or condone violence as means to achieve their goals.

Second, my objections to animal research are purely scientific since animal-based research is foundationally flawed. Data obtained from animal research data can not be extrapolated to manufacture human-relevant information. There are numerous viable alternatives to produce human-specific data without the use and abuse of animals. 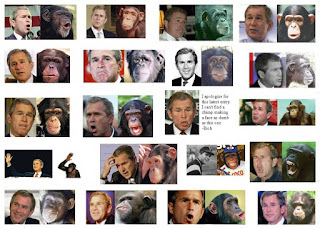 In additional to cell preparations, transgenic modeling, and live human volunteers (please see my early postings on the issue), yet another alternative to using ill-suited animal models could be the use of aborted fetuses and tissues and organs from recently deceased humans.

Fetuses aborted during the first trimester (legally one can do it only up to 10 weeks) provide a representative sample of tissues needed for the study of most biological processes.

I am referring only to fetuses that are already legally aborted. I will neither condone nor condemn legal abortion or legality of abortion.

Organs and tissues could be "kept alive" in recently deceased humans and then used for the studies of toxicity mechanisms.

For example: instead of sacrificing 40-50 rats and "blending" their livers to study the toxicity of alcohol, one can use the liver of a car-crash victim for the same purpose but with better results that are actually applicable to human physiology and relevant to studies of human disease model.

Despite my personal and professional objections to tactics and actions sometimes employed by the Animal Liberation Movement, and my disagreement with the published statements of its Press Officer Dr. Jerry Vlasak, I felt compelled to object to Los Angeles Times Editorial policies and actions and its childish mistreatment of Jerry Vlasak, MD, FACS.

Here is a copy of my "surprisingly" unpublished letter to the Editors of LA Times of November 2, 2007:

When the only paper in Los Angeles market decides to take a position on animal research (or any other issue) instead of reporting, and decides to suppress opposing views of similarly qualified professionals it should not be surprised with its shrinking circulation and profits.

LA Times made an editorial decision to condone animal testing and to deprive its readership from any formation about many scientifically valid ways to rapidly diminish and/or totally eliminate the need for laboratory animals.

Your publication of Dr. Vlasak's letter with the intentional omission of his professional titles and affiliations does not limit his credibility but does place the shame on you. Not extending this common courtesy to Dr. Vlasak while affording it to all other authors again proves your bias and, in fact diminishes your paper credibility and will hopefully result in further financial losses for the paper.

Intelligent compassionate people of LA enabled by the Internet will find the truth and spread the word."