In a major victory for right-to-die advocates in Roman Catholic Italy, prosecutors on Tuesday cleared a doctor of wrongdoing after he switched off the life support of a terminally ill patient who had asked to die, as reported by the Yahoo News.

Anaesthetist (in US, Anesthesiologist is a MD; Anesthetist is a Certified Registered Nurse Anesthetist-CRNA), Dr. Mario Riccio removed the respirator of muscular dystrophy sufferer Piergiorgio Welby in December to end a life that the paralyzed patient had repeatedly described as torture.

Supporters have called Riccio a hero for ignoring a court ruling that rejected Welby's high-profile request to have his respirator removed. He is a hero for "walking the walk" despite all adversities and for not abandoning his patient in a time of extreme need, and when his patient ran out of other options.

Opponents, including in parliament, said Riccio was a criminal who should go to jail. Real criminals are legislators, judges, prosecutors and other officials that willingly and maliciously denied the patient his right to self-determination.

The Roman Catholic Church went as far as to deny Welby a Catholic funeral and Pope Benedict joined the national debate by saying life was sacred until its "natural sunset."

"Natural sunset" is to be determined by each individual, not by an overpaid and overdressed figurehead such as Pope.

Within the various uses of the word today, "nature" may refer to the general realm of various types of living plants and animals, and in some cases to the processes associated with inanimate objects – the way that particular types of things exist and change of their own accord, such as the weather and geology of the Earth, and the matter and energy of which all these things are composed.

This more traditional concept of natural things which can still be found today implies a distinction between the natural and the artificial, with the latter being understood as that which has been brought into being by a human or human-like consciousness or mind.

By the same token, Pope can argue that cancer, heart disease, pregnancy, stroke, coma, and even hemorrhoids are "natural" conditions and should not be interfered with.

Not shying away from double standards, the previous Pope was kept alive by the miracles of modern artificial (not natural) technology.

Dr. Riccio is correct in his assertion that "...even under the law, it's confirmed: there's been no crime of euthanasia, just a patient who refused treatment..."

Italian prosecutors, after more than two months reviewing the case, said Riccio had done nothing wrong since he was acting in the spirit of Welby's constitutional rights and in strict adherence to Hippocratic Oath--an important procedural step that makes future criminal prosecution highly unlikely -- and could be seen as setting a precedent in other right-to-die cases. 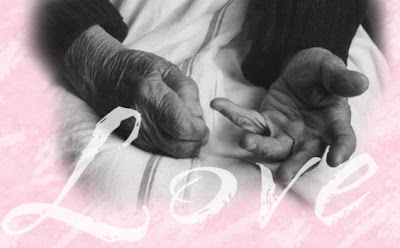 "Doctor Riccio's behavior does not appear to be censurable for not having reinserted the artificial mechanical ventilator when the respiratory crisis occurred," the prosecutors wrote in their request to shelve the investigation".

Still, neither Riccio nor the medical panel and prosecutors described what Riccio had done as euthanasia, which is illegal in Italy and carries a 10 to 15 year jail term.

Only Switzerland, the Netherlands, Belgium and the state of Oregon (and Australia, Northern Territory) permit assisted suicide for the terminally ill.

But Riccio's supporters have noted that Welby, lucid despite his illness, had asked to die and that his treatment held no hope of improving his condition. Prosecutors noted those facts in their request to shelve the case.

Riccio, who gave Welby a cocktail of sedatives when removing the respirator, had already been cleared of wrongdoing by a medical panel last month. He said the prosecutors' decision was a major step toward strengthening patients' rights in Italy.

"The only one who can ultimately decide on the therapy is the patient," Riccio said.

Let this case serve as a lesson to all California proponents and supporters of patients right to privacy and unimpeded ability to exercise their rights of self-determination.

California simply has to reaffirm individual patents" right to refuse any treatment, including the life-sustaining one.

Be Well & Exercise Your Rights Freely & Frequently!
Posted by Dr.Dorodny at 12:28