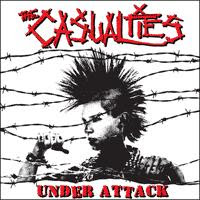 ...over our recent postings regarding illegal and unethical dumping of patients by at least two hospitals, both HASC members.

If a similar act of dumping was committed by the local animal shelter, if would be braking news on all major networks.

Since patients they dump are of lower socio-economic status, chronically ill, and already medically underserved, the member hospitals believe they can get away with it.

Obviously, they also believe that "shushing" at the advocates would make us (advocates), and their illegal actions go away.

"Hey Bob-- After reviewing how you used my last reply to your unsolicited email request that HASC respond to your blog, l just want to wish you and Dorodny all the best in your all-too-obvious quest for attention and to create a following with your extremist positions and comments. Regards, Jim Lott"

This e-mail communication from a professional publicity seeker, was preceded by an unsolicited phone call from Lott to Mr. Robert A. Donin, MPA earlier this afternoon.

During the 3 minute phone call, Mr. Donin, a well-known and respected volunteer health consumer Advocate, was reportedly subjected to personal insults by Lott in his Executive HASC capacity.

Such personal attacks by hospitals' well compensated mouthpiece and policy/communications "leader" on un-compensated health consumers Advocates is the best illustration of their unfair business practices.

A personal apology from Lott to Mr. Donin is in order. So is the immediate intervention by State and Federal authorities to prevent future atrocities against health consumers and along the lines of the earlier posting "Patient Dumping: A Lott of Accusations" (see below).

They dump patients, try to get away with it, and attack advocates. We advocate. You decide.
Posted by Dr.Dorodny at 19:22

Hospitals would send ambulatory patients via ambulances to shelters that were already full. The patients would be left in the lobby or outside if there wasnt chairs to seat on. Even Taxi vouchers or bus tokens were handed out.

Sometimes patients (homeless) were asked WHERE DO YOU WANT TO GO? and the hospitals would send them there. This would cause ambulances to be an expensice taxi ride and not available for true patient care or 911 services.

Dumping homeless patients have gone on for a very long time (at least 30 years), but politicians and hospital administrative staff have just simply looked the other way.

It has been reported before by the news media and nothing happens. It only helps politicians get re-elected and their name gets splashed all over the news media. People that didnt know them before know them now.

Our thanks to the anonymous poster for pointing out this long standing hospital "tradition" of giving out Taxi vouchers!?

To foster public discussion of the issue and in order to reciprocate, we attempted to post our comment on "Lott oh Healthcare" site at:http://www.hasc.org/lott.cfm?task=comment&ID=100322

Imagine our surprise when our comment was rejected Lott and not published!

Is it because the problem of patient dumping is much more prevalent and involves many more member of Hospital Association?

What about transparency and fair business practices, Hospital Association?