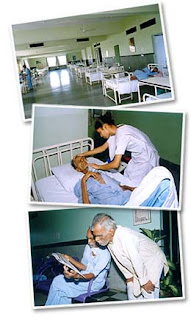 The American Academy of Hospice and Palliative Medicine (AAHPM), composed of physicians and medical personnel (an industry association) who are expert in end-of-life care, has removed its opposition to terminal patients’ right to request aid in dying from their doctor. The hospice physicians said use of the term “suicide” to describe the terminally ill patients’ aid in dying is “emotionally charged” and is not “accurate.”

Indeed, for the past 10 years, I've been referring to subject process as "dignified passage".

The medical personnel who provide care to patients at the end of life examined the use of the word “suicide” to describe physician-assisted death and found that “the term PAD captures the essence of the process in a more accurately descriptive fashion than the more emotionally charged designation Physician-assisted Suicide.” California hospice care physicians working to pass the California Compassionate Choices Act (AB 374) applauded the national medical experts’ change of position. "

No matter which definition one subscribes to, the only issue is person's right to self determination and resulting informed choice of pain-free dignified passage.

In the meantime, be well!
Additional information about AB 374 and end-of-life choices and language can be found at: http://www.caforaidindying.org/
Posted by Dr.Dorodny at 12:31

"What's in a name? that which we call a rose/By any other name would smell as sweet"

I guess Shakespeare was wrong and when one changes a name an entire concept behind the "verbal tag" changes...curious, no?

Do we sense a change in the entire approach to the issue? I think we should: people are living longer (perhaps, not in the best of physical states) but some would like to go because it is the Quality of life and not its Quantity that matters. Going in a dignified manner forsome is an important choice and should be a right. If one can choose to give birth or not why can't one choose how to exit? Real human rights reside in the freedom of self-determination.