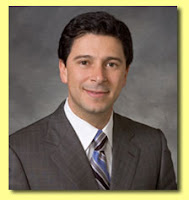 But Levine and Berg said odds of passage have risen now that they have the support of Nuñez, a Los Angeles Democrat.

The legislation, modeled after the nine-year-old Oregon Death With Dignity Act, would allow adults diagnosed with less than six months to live to receive life-ending drugs from a doctor and take them by themselves.

They would have to be determined to be mentally competent, see two doctors, make written and oral requests for the medicine, be counseled about alternatives and wait through a cooling-off time.

Only the patient would be able to make the decision, not a family member or a guardian.
A spokesman for Nuñez, who leads the Democrat-dominated Assembly, said the speaker thought long and hard about taking on the high-profile role of joint author on the effort.
Posted by Dr.Dorodny at 21:54